You Are Here: Home → Articles → VOCAL SUPPORT TIPS AND EXERCISES

Vocal Support is most frequently mentioned by vocal hygiene specialists. Being aware of its necessity, and performing vocal support exercises, you can minimize vocal strain.

The importance of vocal support:

The purpose of vocal support, is, literally, supporting the voice generation, that is, maximizing the intensity of your voice and prolonging its duration, while minimizing the airflow directed at the vocal folds, and, as a result, the vocal efforts.

Vocal support involves many of your body muscles:

Vocal support involves mostly the diaphragm and abdominal muscles. The diaphragm is the dome-shaped sheet of muscle that separates the chest from the abdomen. If used effectively, the diaphragm can minimize the speed of airflow and, as a result, its pressure on the vocal folds.

Following the principle of Equality of Pressure, knows as Pascal’s Law, when the air is enclosed in your lung, after you inhaled it, it tries to burst outside as quickly as possible. In this sense, the lungs are just like an inflated balloon, when you hold your fingers around its opening. Once you let it go, all the air will burst in one blow.

But, a too quick exhalation means a two high pressure on your vocal cords. That means poor vocal performance: in the case of lecturers, speaking in a too loud, grating voice; in the case of singers, their voice sounds stressed in high tones. In addition, it might leave you breathless.

By contrast, if you control the airflow, your voice will sounds more fluent and less strained, and you will not run out of air.

So what should you do?

During a singing performance or a long speech, you should not breathe in a plenty of air, otherwise you’ll find it difficult to control your voice. Short inhalations are more effective.

The purpose of all these exercises is to learn how to control the airflow. 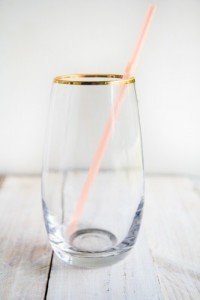 The Drinking straw exercise, designed to indicate just how well you control your airflow

Whether one should press the abdomen in or out depends on one’s singing technique, as well as on one’s physical strength and constitution.

In short, you should try all methods until you find what feels useful-as in anything affecting your health. The point is, you should feel how you can use your diaphragm to regulate the airflow to your voice box.

As a rule, as long as you speak or sing effortlessly, suffering no hoarseness or wearing off your vocal cords, you are doing it right.

Whenever you notice the slightest difficulty, mind your vocal performance. Among other things, improve your vocal support, in order to generate your voice more easily and keep it healthier, clearer and more intense.

If you feel that despite vocal support exercises your vocal performance is unsatisfactory, you can use TMRG solutions for further vocal support, during intense vocal efforts.

For further information, read our site or contact us.