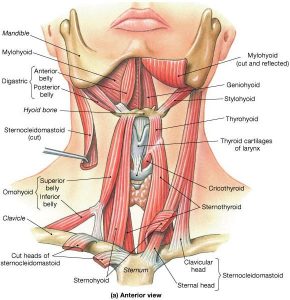 Voice specialists are frequently asked whether and how your hormones system, nervous system, immune system and other physiological systems might affect your vocal performance.

Everyone has his or her weaknesses one must be aware of it and of its effect on one’s vocal performance. More often than not, vocal difficulties result from several weaknesses combined. In other words, it takes more than just one “last straw” to disrupt your vocal performance.

The good news is that once you are well acquainted with your body, you can pinpoint the causes of your vocal difficulties, treating them before they get any worse. (This goes, of course, for other disorders as well).

In short, both acute as well as chronic vocal difficulties result from several bodily systems’ weaknesses.

It can be best illustrated with the following real-life cases:

Example 1: A female vocal performer had a vulnerable hormone system, which made her prone to vocal instability and weakness before, during and after her period, and occasionally, during ovulation as well. Unfortunately, she caught a cold at about her period time, while rehearsing a leading role. As a result, she lost her voice, just a week before the premiere!

The vulnerability of some rhythmics teacher was her immune system: she always suffered from seasonal allergies resulting in swelling and edema of the cords, which practically prevented her from speaking, let alone singing. The steroids she was taking to treat her allergies might have hurt her voice. (Some blame them for thinning the outer layer of the vocal cords and damaging its regeneration. Needless to say, you can only take them under medical supervision).

In addition, she was going through a vocal stress due to the rehearsals for the school year’s end celebrations. These, combined with her raging allergies, gave her a severe edema, leaving her practically voiceless and terribly frustrated.

A businessman suffered from a Helicobacter pylori infection of the digestive system. This infection may cause an acid reflux from the esophagus to the larynx, which damages the vocal cords. In addition, he also went through stress: he had insufficient sleep, had irregular meals and uneven diet, and have been drinking a lot of coffee on a daily basis. During meetings, he used to raise his voice and pressure it excessively, beyond what his vocal muscles could bear.  All these combined resulted in a vocal cords polyp, which, during vocal stress became swollen, red, infectious and painful.

The symptoms of hoarseness or any other vocal difficulty, such as vocal cords incomplete closure or lesions, result from several symptoms combined.

More often than not, a severe vocal difficulty is a multisystem failure. Therefore, its treatment must address as many systems as possible. In other words, a successful treatment requires several changes. First of all, you must learn how to release your vocal system, avoid pressuring it and use it correctly.

We recommend a combination of the following:

At the same time, we recommend consulting a vocal specialist, namely a vocal teacher or a speech therapist.

In addition, you must also carefully lead a healthy lifestyle, making sure to have a vocal rest, sufficient sleep, and maintaining you’re general physical and mental health, being acquainted with your vulnerabilities.